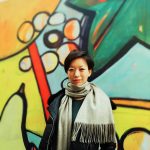 Pan Weilin is a junior researcher at the Institute of China Studies of the Shanghai Academy of Social Sciences. Since 2014, She has been an adjunct assistant professor with the China Studies Postgraduate Program at the Shanghai International Studies University. She earned her doctoral degree in History from Fudan University in 2010. Her academic interests include material culture of modern China and China in modern English literature. She is the editor of Material Culture in Modern China (Shanghai Rare Book Press, 2015). Her current book project is about the transformation of the paper-offering handicraft industry (tinfoil making) in Twentieth-Century Zhejiang.

This article tends to examine the oft-repeated dichotomous “love/hate” relationship between China and the US from the perspective of material culture.  It will focus on how the consumption of the postwar American military surplus shaped the perception of the US of the city dwellers in Shanghai at a time of extreme shortage.

When the Japanese surrendered in August 1945, the economic restoration of China became one of the key issues for both China and the US. On the one hand, the war-torn Republic China relied on American material aids for the reconversion and industrialization of the national economy. On the other hand, China was for a short period of time considered as significant for postwar American foreign economic expansion. The Americans perceived the Chinese urban middle class as an outlet for surplus commodities, such as watches, perfumes, and household goods. It appeared to be the interests of both parties to include uploading the American products in the postwar lend-lease program.

The postwar uploading of the American surplus products was started with the purchase by the Guomingdang government of the American military surplus in the Far Eastern war zone.  The ration of the US army became a new fashion among the urban youngsters as the government distributed the tinned food in schools and colleges.  Newspapers advertised fairs of  the American rations. Before long, the alleyway black markets flooded with more American products.  During the wartime, the domestic manufacturing was totally ruined, hence the black market for booty thrived and made the material splendor of “Shanghai Island”. Now the Chinese importers in Shanghai took advantage of the trade network of this port city and profiteered by speculation in war surplus collected from battlefields in Southeast Asian countries. By late 1946, the number of the street vendors reached 100,000. European and American made pen, lighters, rugs, clothes, canned food, watches, clocks and records were sold in alley-way markets in foreign settlement and old Chinese quarter. Plastics and Nylons became the new fashion queens. They were both rendered as “Glass”玻璃 (boli) in the local Chinese vocabulary, as the appreciation for their lightness and glamour. The market for everyday goods became a fancy glass world that lit the grey reality. The broken urban middle class partly and briefly retrieved their modern life style at affordable price.  Shipments of American products came like merciful rain during a drought and established the US as a prosper and civilized nation in the hearts of the city folk.  The American products helped to enhance the positive image of the US as an unfailing ally of the Chinese people until the resumption of the Civil War in 1946. The dumping of American goods arguably ruined Chinese domestic industries and eventually contributed to the growing anti-American sentiment.

Though consuming American products, for the Chinese, turned to be a shameful behavior against their own country, the experience with the abundance of American goods clearly left traces in the everyday life in Shanghai.  When the first state-run secondhand store of Socialist China was opened on Huaihai Road (the former Avenue Joffre in French concession) in the autumn of 1954, the leftover American surpluses belonged to the “old goods” 旧货(jiuhuo) that allowed to be purchased by the mass.  The “old goods” from the old golden age of Shanghai found the legit channel to serve the new society and made substantial contribution to the Socialist economy. At the same time, the people safely indulged themselves in the material splendor of the politically denounced imperialist and capitalist economy.