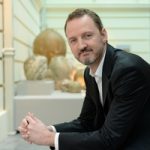 STEPHEN A. MURPHY is curator for Southeast Asia and curator-in-charge for the Tang Shipwreck Gallery at the Asian Civilisations Museum.  He holds a PhD from the Department of History of Art and Archaeology, SOAS, University of London (2010). Dr. Murphy specializes in the art and archaeology of early Buddhism in Thailand, Laos, Myanmar, Cambodia and Malaysia. He has a particular interest in the period spanning the 7th to 9th centuries AD and looks at trade and connections between Southeast Asian cultures and the wider world of Tang China, India and beyond. He is editor of Cities and Kings: Ancient Treasures from Myanmar (2016) and co-editor, with Alan Chong, of The Tang Shipwreck: Art and exchange in the 9th century (2017).

In the early 1830s and 1840s, a British colonial official by the name of Colonel James Low uncovered evidence for an early culture with Indic traits in a river system known as the Bujang Valley. However, it wasn’t until just before World War II that excavations took place, conducted by H. G. Quaritch Wales and his wife Dorothy. Their discoveries and resulting publications led to the first real attempts to explain the origins and extent of this civilisation and its place within the larger Indian Ocean world. Subsequent research by Malaysian archaeologists has greatly expanded our knowledge in this regard.

Located on the west coast of the Thai-Malay peninsula, the Bujang Valley is today situated in the Malaysian state of Kedah. This port was active between the 5th – 13th centuries, and perhaps earlier as ongoing archaeological research is beginning to reveal. Its location at the northern reaches of the Straits of Malacca meant that it was well positioned to link trade coming from the India Ocean (both the Middle East and South Asia) with that flowing from Southeast Asia and China. It developed into a major port and transhipment hub, and was known to both the Arab world and the Chinese from the last quarter of the first millennium CE. From the 7th century onwards it appears to have come under the orbit of Srivijaya, based in Palembang, South Sumatra. By controlling the Bujang Valley, this maritime trading power would have held sway over both the northern and southern ends of the Straits of Malacca, and subsequently all shipping passing along this route. This paper argues therefore that the Bujang Valley was one of the most important (proto) port city’s of the first millennium Indian Ocean world.