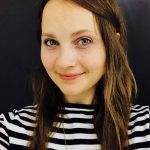 Mareike Pampus is currently a PhD student at the Max Planck Institute for Social Anthropology in Halle (Germany). She is part of the Max Planck fellow Group “Connectivity in Motion – Port Cities of the Indian Ocean”. For her PhD thesis she conducted field research in George Town, Penang (Malaysia), with an ethno-historical approach. Her main focus is on traces of connectivity across the Indian Ocean and travelling imaginaries, which are materialised, embodied, represented and performed in hybrid cultures and heritages in George Town. She is interested in questions of identity and belonging and how hybrid cultures as synergies emerge and become strongly linked to a specific physical place. Mareike Pampus holds a Master and a Bachelor degree in Social and Cultural Anthropology as well as a Bachelor degree in Sociology.

「 Middlemen in Colonial Ports: The Kapitan Cina of Penang 」

This paper examines how the Kapitan Cina as middlemen contributed to the emergence and success of colonial port cities such as George Town, a free trading port on the small island Penang, located in the northern end of the Straits of Melaka. Using the case of Koh Lay Huan (辜礼欢), the first Kapitan Cina of Penang, it demonstrates the pivotal role these middlemen played economically, politically as well as socially. Koh Lay Huan, who was already at this point Kapitan Cina of Kedah, came shortly after Francis Light took possession of the island in 1786, and brought Chinese workers with him to clear the land and occupy it to broaden his personal trading network.

The Kapitan Cina were heads of Chinese secret societies or brotherhoods and made their fortune mainly through opium, tin, pepper and gambling. As the head of a clan the Kapitan fulfilled socio-economical functions by collecting taxes, organising new arrivals, and bookkeeping of marriages and death. Socially those societies were crucial to Chinese customs as they provided monetary aid for funerals and weddings; generally, they were the key link between the colonial government and the Chinese communities.

In Southeast Asia the Kapitan System, as a system of indirect rule, was employed by all three major colonial powers, the Portuguese, the Dutch and the British, in order to govern the various communities of different origin residing in the port cities. The analysis of the socio-economic role of Koh Lay Huan as a merchant, administrator, tax farmer, judge, planter and middleman illustrates how this trans-cultural collaboration worked for and within a port city.