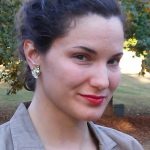 Leksa Lee is Assistant Professor Faculty Fellow in Global China Studies at NYU Shanghai. She holds a PhD in anthropology from the University of California, Irvine. Lee’s research explores small business capital in postsocialist China through ethnographic and visual methods. Her book project on China’s booming museum industry follows one Chinese museum production company as they grow rapidly through government contracting to build new representations of history and culture in public space. She also researches Chinese emigrant investors and the visual design of the real estate projects that channel their capital to Australia and the United States.

「 Immigrant Investors in the Forbidden Sydney: Chinese and Australian Politics in the Design of a New Theme Park 」

While Chinese people have long immigrated to Australia’s cities, with the 2012 introduction of the Australian investor visa a new form of Chinese-Australian immigration has grown rapidly. Nouveau-riche Chinese buy the right to retire abroad in order to escape what they describe as the political precarity of wealthy life in China, particularly under the Anti-Corruption Campaign. As they participate in investor visa programs in Australia and elsewhere, they drive newly emergent forms of transnational business investment. This paper follows one of these schemes, run by ethnically Chinese Australian citizens, funded by aspiring Chinese immigrant investors, and developed by a Chinese design firm. The project is a China-themed amusement park planned for a small town outside Sydney. The design of the amusement park places real estate investment properties alongside attractions including simulacra of the Forbidden City and a Confucian temple. The sleepy Australian town’s proximity to the transportation hub of Sydney makes the project possible by boosting the park’s accessibility not only for Sydney residents, but also for Chinese visa holders arriving for short visits to meet the visa program’s flexible residency requirements. This paper draws on participant observation with the design firm in China, visual scrutiny of successive designs for the theme park, and Australian and Chinese news media. It demonstrates how political changes in China and Australia are shaping emergent movements of people, money, and visual design. These flows, in turn, are both transforming Chinese-Australian immigration and materially reshaping the outlying areas of transportation hubs in destination countries.