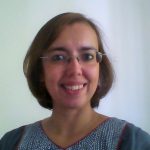 Jayani Bonnerjee is Associate Professor at O.P. Jindal Global University, Sonipat, India. She is currently working on a book on the Kolkata Chinese community and the idea of cosmopolitan city that draws on her PhD (Queen Mary, University of London) and postdoctoral work (Centre de Sciences Humaines, New Delhi). Jayani has wider research interests in postcolonial urbanism in Asia and critical geographies of diaspora and communities of mixed-descent. Her work has been published in the Journal of Intercultural Studies, South Asian Diaspora and Global Networks.

This paper explores the notion of port cities as diaspora cities, and Calcutta as a site of diasporic memory for its Anglo-Indian and Chinese communities. Whilst much has been written about segregation in urban space through ethnic enclaves, newer research focus on inter-connections that existed between the communities. This paper draws on memories of shared everyday lived space of the neighbourhood to investigate to what extent such inter-connections shaped cosmopolitan identities for both the Anglo-Indian and Chinese communities. Existing research on the Chinese diaspora focus on a range of aspects, including the creation of mixed communities through intermarriage with the local population. In the context of urban space the emphasis has been on Chinatowns. This paper contributes to research in both these areas through a specific focus on Calcutta in two ways. First, it explores to what extent the space of the neighbourhood shaped encounters of the Chinese diaspora with a community of mixed –descent. Second, whilst wider literature has focused on Chinatowns as visual representations of the presence of Chinese communities, this paper will outline the need to look beyond spaces of Chinatowns in researching cosmopolitan connections in urban spaces. Drawing on both these contexts, the paper will also explore to what extent memories of such cosmopolitan encounters have shaped diasporic identities of both communities in the post-colonial context.