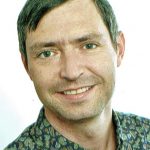 Boris Wille is lecturer and researcher at the Institute for Social and Cultural Anthropology at the Martin-Luther-University Halle-Wittenberg, Germany, and associated scholar to the Max Planck Fellow Group “Connectivity in Motion: Port Cities of the Indian Ocean”. He received his MA in Social Anthropology and Media and Communication Studies from the Martin-Luther-University. There he is currently completing his PhD in Social Anthropology with a thesis on popular democracy in the Maldive Islands. Based on ethnographic material gathered during fieldwork in 2011 and 2012, he investigates the political turmoil surrounding the controversial change of government. Besides his focus in political anthropology, his research interests include Indian Ocean Studies, insular and urban spaces, maritime societies, nature-culture-relations, circulating epistemologies and media anthropology. His most recent article “Big Men politics and Insularity in the Maldivian World of Islands” is forthcoming in 2017.

The controversial change of the Maldivian government in February 2012 sparked an unprecedented wave of counter-protest that was mainly staged in the capital city Malé. This protest movement interacted with urban spaces in particular ways as to transcendent its local boundaries by tackling, subverting and interlacing various networks for the protest movement’s own political cause. In the island nation of the Maldives the capital Malé occupies a pivotal role in terms of trans-infrastructure: it acts as a hub in terms of maritime as well as airborne transport; it caters for most trans-national organizations and businesses like the UNDP, diplomatic missions, NGO’s, as well as tourism and finance corporations; it accommodates most trans-regional facilities in higher education, research, health, religion and media; and most importantly it houses most national institutions of the state like ministries, authorities, the security forces’ headquarters, the parliament and the president’s office. The concentration of these infrastructures on a single densely populated small island presents a particular spatial configuration that enables transmutations of assets between various networks that in turn form the base for the accumulation of power. These vital nodes were crucial targets for the protest movement to pursue its political project. In this paper, I analyze the spatial tactics of the protest movement in terms of how it approached these infrastructures, through occupying, blocking and undermining, or through linking, juxtaposing and conflating associations in order to dispute the legitimacy of the power transfer. I show how the movement’s spatial appropriation of trans-infrastructures reveals the intertwinements of power and connectivity. I argue that the investigation of the spatial performance of the protest movement offers a useful approach to unravel the politics of networking within the hub-city.