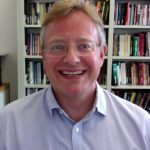 Andrew Field has spent much of his career living, teaching, researching, and working in the Asia Pacific region, including Mainland China, Taiwan, Japan, Korea, and Australia. He is fluent in both Mandarin Chinese and Japanese and holds a PhD in East Asian Languages and Cultures from Columbia University (2001). He has taught courses in Chinese, East Asian, and World History for many institutions including the University of Puget Sound, the University of New South Wales, Dartmouth College, New York University, Yonsei University, and Boston University. Prior to taking on the role of Associate Dean of Undergraduate Programs for Duke Kunshan University, he also served various roles directing and managing academic programs in China for Dartmouth College, CIEE, Boston University, and the Hult International Business School.

Andrew is the author of three books: Shanghai’s Dancing World: Cabaret Culture and Urban Politics, 1919-1954 (Chinese University Press, 2010), Mu Shiying: China’s Lost Modernist (Hong Kong University Press, 2014), and co-author of Shanghai Nightscapes: The Nocturnal Biography of a Global Metropolis (University of Chicago Press, 2015). He is currently working on a fourth book, Making Noise in the PRC: Indie Rock in China, slated for publication by Reaktion Books in 2016. Andrew also filmed, co-produced and directed an independent documentary film, Down: Indie Rock in the PRC. Andrew plans to continue teaching and writing about the history of Shanghai—he is particularly interested in the political culture of the wartime era of Japanese occupation–as well as to continue to document creative cultures and communities in contemporary China.

Between the 1920s and 1940s, American musicians traveled among the port cities of Asia, spreading American-style popular music and dances to Asian societies and embedding them into the rhythms and flows of popular music in Asia. This paper examines this trend, focusing on the career of American jazz musician Teddy Weatherford, arguably the greatest jazz ambassador in Asia during that era, but also touching on other American jazz musicians and singers who spent their careers in Asia, such as Whitey Smith. Through the vehicle of American musicians who traveled by ship from port to port, this paper explores the localization of jazz and its popularization in Asian countries including China, Japan, the Philippines, Indonesia, and India from the end of World War I to the end of World War II.