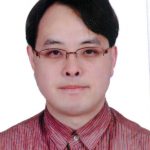 WONHEE CHO is a researcher at the Jangseogak Archives, Academy of Korean Studies. As a historian of the Mongol empire (1206-1368), he is particularly interested in religion, comparative empire studies and cross-cultural interactions. His current book project, Empire and Religion: Politics of Difference and Negotiation in the Mongol Empire (1206-1368), examines the different religions of the Mongol empire in China – Buddhism, Daoism, Christianity, and Islam – and how they interacted with the empire.

The Mongol conquest of the Southern Song Dynasty in the late 1270s granted the empire access to a new maritime world, and the Mongols were quick to adopt and expand the previously established maritime infrastructure. Previously scholarship has examined and unearthed the fascinating individual case studies of individuals that exemplify the unprecedented East and West exchange around the Indian Ocean and accordingly emphasized the cosmopolitan nature of the Mongol empire. However, they have paid relatively little interest on how the Mongol government of China, the Yuan dynasty, incorporated and facilitated theses exchanges through the different sets of regulations on trade and port city communities. In this paper, I examine the different regulations found in the legal documents of the Yuan, namely the Compendium of statutes of the he Yuan (Yuandianzhang 元典章), Comprehensive Regulations and Statues of the Yuan (Tongzhitiaoge 通制條格), and the recently discovered Comprehensive Regulations and Statues of the Zhizheng era (Zhizhengtiaoge  至正條格). In spite of the similarity among the different regulations found in different sources, this paper will focus on the changes in the regulations that occurred over time, and scrutinize how these changes both reflect the political changes in the government and also influenced the maritime exchanges. I argue that this re-examination will demonstrate how the Mongols adapted to the continuously changing circumstance, and adjusted their priorities as reflected in the changes in the regulations. Ultimately, this presentation will demonstrate that a more holistic understanding of the pre-modern Indian Ocean World is possible through examining the underappreciated details such as the government regulations, inviting us to see beyond the fascination of the cosmopolitan Mongol empire.