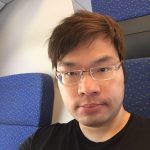 Wilson CHAN is a lecturer of Faculty of Social Science at the Chinese University of Hong Kong and a PhD candidate in Politics of the Lancaster University, United Kingdom. His PhD dissertation focuses on the role of treaty ports in contemporary Sino-European relations. His research interests include European foreign policy, geopolitics and port diplomacy, external relations of Hong Kong and the role of sub-sovereign actors in international politics.

This paper aims to explore a new analytical framework in understanding Europe-China relations, by investigating the role of ports linking with the two super-powers. While traditional analysis of Europe-China relations focuses on either the inter-state level between European states or the interactions between the supranational European Union and China, this paper proposes a third-level analysis which focuses on the ports these two superpowers established and shared since the late Qing Dynasty.

Through an in-depth analysis of the role of Hong Kong in Sino-European relations, the paper aims to discuss the changing multilevel governance of foreign policies in both the EU and China. In addition, by reframing ports and port communities into a study of geopolitics and international relations, the paper wishes to discuss the role of the ports in the development of diplomatic relations of the European Union and China.