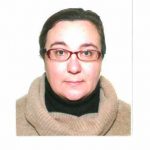 Ruth de Llobet is a postdoctoral fellow in the Center for Global Asia at NYU Shanghai. She was previously a FASS postdoctoral fellow in the History Department at the National University of Singapore. Her research interests are Southeast Asian History, Philippine political and constitutional history, Asian Interconnections and Networks, Colonial elites, Age of Revolution in a global context, and transpacific history. She is currently beginning his second project entitled “Co-opting Empire: Chinese Mestizo Socio-political and Legal Strategies in Manila, 1730-1830.”

Through the Chinese mestizo community of Manila at the end of the 18th and early 19th centuries, this paper explores how transpacific and inter-regional Indian Ocean networks and processes were redefined in the archipelago, fuelling a creative internal historical force that was transformed repeatedly during the remainder of the Spanish colonial period. Chinese mestizos used their economic power to encourage a set of socio-political changes that would bolster their social and political position by the last quarter of the 18th century, co-opting, so to speak, the empire. Among such changes, the paper addresses how the community worked to create a militia; their attempts to found a convent for mestizo women; and the marital alliances with white and non-white groups alike. Furthermore Chinese mestizos embodied the geographic complexity of Philippine history and society during the colonial period, for they not only internalized the Hispanic transpacific experience, but also the Austronesian and Chinese cultural exchanges and integration. Thus, this community is a gate to understand how the Hispanic legacy was redefined within the archipelago, creating a new socio-political reality.