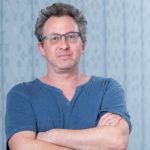 「 To Boldly Go Where Many Have Gone Before: Port Cities and Routes to Yunnan in the Nineteenth and Twentieth Centuries 」

The southwest corner of China known today as Yunnan Province must be counted among the most travelled, inaccessible places on earth, and one of the better understood, unknown parts of the world.  A “landlocked” territory located between today’s Vietnam, Laos, Myanmar, Sichuan and Guizhou Provinces, and the Tibetan Autonomous Region, Yunnan’s accessibility is further shaped by its upland location, on the Southeast Asian Massif.  Paradoxically, it has also been a nexus of world history and globalization for two millennia, and even longer if we count the archaeological, rather than the written, record.  Much of Yunnan’s historic connectivity came through interior routes, raising questions about the reconfiguration of Yunnan’s connectivity and accessibility via Asia’s evolving and new port cities, both interior and coastal, in the nineteenth and twentieth centuries.  This paper applies methodologies from the field of computational humanities to answer those questions.