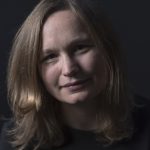 Scheen’s research explores the social and cultural impact of China’s fast urbanization, focusing on Shanghai. Her publications include Shanghai Literary Imaginings: A City in Transformation (Amsterdam University Press, 2015) and the edited volume Spectacle and the City: Chinese Urbanities in Popular Culture and Art (AUP, 2013).

「 Tales of Treaty Port Shanghai: The Strategic Use of Historical Narratives in Protests Against Demolition 」

“All sorrows can be borne if you put them into a story or tell a story about them,” Hannah Arendt (1958, 1967, 1968) famously quoted Isak Dinensen. My research explores how the act of storytelling has become an important means through which Shanghai residents cope with, make sense of, or even resist and protest the rapid disappearance of their living environment. Most residents of Shanghai have been affected by the city’s large-scale demolition and relocation 拆迁process. This paper will discuss the stories told by people protesting the upcoming demolition of Shanhai Li 山海里, a shikumen neighborhood located in the former British Settlement of the city. Mixing personal experiences, historical facts, with urban legends, the residents depict a cosmopolitan neighborhood shaped by its colonial past. In their stories each building forms the connection point between their own life story and the history of the city and the nation. In the words of one of its residents: “All the houses in our neighborhood serve as evidence that recorded the development of Shanghai … they tell the story of how Shanghai has become the Shanghai of today.” The paper will argue that these stories function as a means to build community and create a sense of agency for those confronted with forced eviction. Furthermore, it will trace the historical accuracy of these stories to analyze how the residents strategically use the city’s Treaty Port history in their petitions for the neighborhood to be recognized as historical heritage.