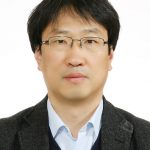 JONGKUK NAM is Professor at the Department of History, Ehwa Womans University, South Korea, and the author of Le commerce du coton en Méditerranée à la fin du Moyen Age (Brill, 2007). His interest includes the economic history of the medieval Mediterranean world, global history of capitalism, and recently has been expanding to the East-West cross cultural contact during the age of Pax Mongolica.

「 Two Latin tombstones of the 14th century in Yangzhou 」

The existence of two gravestones of Italians in Yangzhou, dating to the mid fourteenth century, have fascinated scholars of the Mongol empire and beyond. Previous scholarship had mostly focused on identifying the owners of the tombs, and clarified the existences of various religious elements – including but not limited to the obvious signs of Christian, Buddhist and Muslim motifs. However, less attention has been brought to understanding the significances of these tombstones in its broader historical context. This presentation has an interest in a little longer history which is related to the death of two Europeans in a Chinese city under Mongol rule. In other words, it inquires further into the formation of a European community in Yangzhou during the Mongol period, its members, their motifs of displacement, their jobs, and so on, beginning with the analysis of these tombstones. It is inevitably necessary to go back to the middle thirteenth century in order to understand the story of how two young Italians established themselves and died in such a far-away and unfamiliar country, and journey that will be the focus of this presentation.