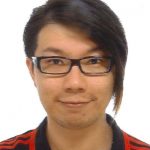 Clement Onn is the curator of cross-cultural art at the Asian Civilisations Museum, Singapore. His research interest lies in exchanges between Asia and Europe in the 16th and 18th centuries. His primary focus is on trading networks and the spread of the Christian faith in Asia, particularly in Japan. He has co-curated the exhibition Christianity in Asia: Sacred Art and Visual Splendour (2016), contributed an article on “Christianity in Japan 1549 – 1639” (2016), and has co-edited the catalogue, Port Cities: Multicultural Emporiums of Asia 1500 – 1900 (2016). He holds a Masters in Museum Studies from the School of English, Media Studies, and Art History, University of Queensland.

「 Devotion and Desire: Asian Christian Art from Goa and other Port Cities of the Indian Ocean 」

The spread of Christianity in Asia was a fascinating symbiosis of trade and evangelism, which flourished from the sixteenth to the eighteenth centuries. The arrival of European traders brought a new wave of Christianity to Asia that bound several regions together in a new network. Port cities such as Goa, Malacca, Macau, Manila, and Nagasaki were linked by commerce and missionary activity. European Catholic missionaries brought religious prints and paintings, both for their devotions and as illustrations to teach and preach. Copies were commissioned from local artists, but it was soon discovered that the artistic variations transcended simple copying. This was especially noticeable in the use of materials and techniques specifics to Asia. Christian art in Asia is remarkable because it was produced by people of many faiths. Many local artists might have been Buddhist, Hindu, Muslim, Animist, and so forth. This was not the case in Europe or Latin America.

This paper looks at art inspired by Christianity, particularly from Goa and other relevant Asian port cities around the Indian Ocean, ranging from devotional images meant to aid prayers, and sumptuous furnishings and costumes used in church services, to entirely non-religious objects that were nonetheless influenced by Christian imagery. Asian Christian art bridged many cultures and religions. These objects exhibited hybrid forms and influences from various cultures, as seen especially in the enthusiastic consumption of objects in Asia and those that were made for Europe.